VW - A history of deceit

VW - A history of deceit

The current VW diesel engine scandal is not the first time the German company has mislead its customers, as demonstrated in this exclusive retrospective.

1950 – When asked who founded company, claims to have ‘forgotten his name. Oh you know, chap with a moustache. Look, it’s not important.’

1961 – Denies the existence of water, especially for cooling engines.

2006 – Admits all Passat TDIs in the outside lane of British motorways have secret ‘bellend mode’.

Re: VW - A history of deceit

Everybody talks about Dieselgate, but nobody remembers the trouble VW got into with both DOT and EPA over the 22 cars they sold produced in 1980.
They were sold as 1979 models with 1979 VIN numbers.
While they met the 85 mph speedometer requirements, they did NOT have the catalytic converters required for 1980 production vehicles, nor the 17 digit VIN required in 1980.
How they got caught was an EPA employee showed off her new VW convertible to a coworker who noticed the production date.
Top 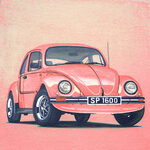 Re: VW - A history of deceit

This is quite interesting @V6Capri. I am in the process of writing a book which is about the South African Beetle...meaning those built from scratch here in South Africa thus the 1968 onwards. It is amazing to see the inconsistencies in the data collected thus far. One almost gets the idea that sometimes everything goes to get the numbers out of the door. No wonder the "records has been destroyed" as we constantly hear.
Blood Type: VW+
1978 Beetle SP 1600
1963 Beetle
Top
Post Reply
3 posts • Page 1 of 1