Perhaps old news for some, but still an amazing piece of technology. 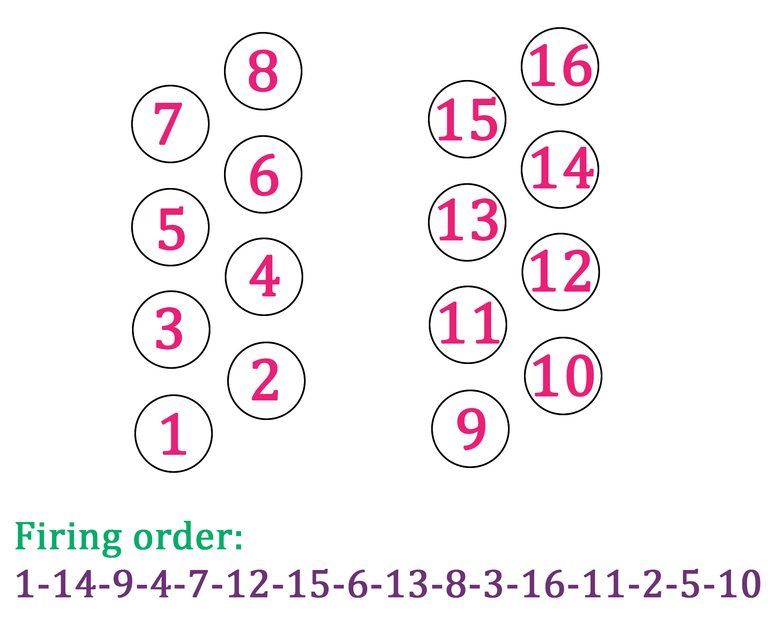 A W16 engine is a sixteen cylinder piston internal combustion engine in a four-bank W configuration. All W16 engines consist of two 'offset double-row' banks of eight cylinders, coupled to a single crankshaft.

Volkswagen Group is the only automotive manufacturer currently producing W16 engines. Volkswagen Group's design is a stretched form of its W12 engine, which is itself based on technology from its VR6 engine. The W16 engine was introduced with the Bentley Hunaudieres concept car, a mid-engined sports car, which was never intended for production (Bentley Motors Limited has been a Volkswagen Group holding since 1998). This W16 was later used in the Audi Rosemeyer concept car, and is also used in the Bugatti Veyron.

The VR6 engine is a narrow-angle V6 engine, which could also be described as a staggered-inline six-cylinder piston engine. The VR6 is designed to fit within the confined engine bay of a front-wheel drive compact car. It is very short in length compared to an inline-six engine, because the cylinders are staggered, even cylinders moved forward, odd cylinders moved backward, but all contained in one cylinder bank, to reduce the length. Joining two such designs together into a W engine creates a design that is much shorter than an inline engine with the same number of cylinders, but not too much wider. Volkswagen Group's W12 engines utilise two VR6-like sets of cylinders mated at 72 degrees, and the W8 engine consisted of two VR4 engines at the 72-degree angle. In the W16, each side is made up of two VR8 banks and the 'bank' angle is increased to 90 degrees. The narrow angle of each set of cylinders allows just two overhead camshafts to drive each pair of banks, so just four are needed in total. For this reason, the engine is sometimes described as a WR16.

Note that this design differs from the triple-bank W18 engine that Volkswagen produced for concept cars of 1998 and 1999.

The Volkswagen Group W16 engine as configured for the Bugatti Veyron EB16.4 is a 16 cylinder quad-turbocharged engine with four valves per cylinder. The engine is 71 centimetres (28 in) long, and weighs approximately 400 kilograms (882 lb). Maximum power output is 736 kilowatts (1,001 PS; 987 bhp) at 6,000 revolutions per minute (rpm), with a maximum torque of 1,250 newton metres (922 lbf·ft) (127.5 kgf·m) from 2,200 to 5,500 rpm. Some automotive press outlets have also reported that the W16 engine has been considered for use in other Volkswagen Group products - specifically a Bentley. Can you just imagine the body work you need to cut to get it to fit in the back of a Beetle.....

retrovan wrote:Can you just imagine the body work you need to cut to get it to fit in the back of a Beetle.....

..and the amount of lead in the front bumper to balance the 400kg engine in the back