Should you want the best of both makers or the worst,

you can now get a Volksota

or you can get a Toywagen.

VW and Ford will now be making vans and trucks jointly, next you will have VW and Toyota

So now all you have to do once you bought you pride and joy, is decide which badge to stick on it.

Maybe you could have Velcro stuck to the badges and swop them as the bad press changes day to day.

Mazda and BMW are Making the Supra together
If it's too low, you're too old

Mazda and BMW are Making the Supra together

You right, it is Ford and VW,

But the MB is a Nissan, and a Bentley is a Porsche is a Audi is a VW is a... the list goes on.

The same car with 5 different brand names and badges, and the only difference you get is the price....

Have customers totally become stupid, or what.

And I heard that the A-class has a renault engine in i!!

You are forgetting the Ford/Mazda hacks we had many years ago
And before you stone me, I was not the one to mention Ford!

VW did make the Taro at Hanover... (Hilux rebadged as a VW). 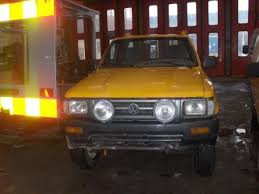 And- the Dacia half tonner was rebadged in SA as Nissan NP200.
Do'nt assume anything- (While doing fault-finding).
"Things should be as simple as possible, BUT NO SIMPLER THAN THAT."
"If something can go wrong, it will go wrong" (Murphy's law).
Top

This I think is an improvement as Renault make the best engines at this moment.

Comes from years of F1 racing.

The same engine is in the Toyota, Citroen Peugeot, Renault, Opel, MB, Vauxhall

This I think is an improvement as Renault make the best engines at this moment.

Comes from years of F1 racing.

The same engine is in the Toyota, Citroen Peugeot, Renault, Opel, MB, Vauxhall

Have you driven a Nissan NP200? This has a 8 valve Renault motor in it, and I believe once you have driven it, you will change your statement.
Top

Have the Renault Capture

just as good if not better then the whole range of VW Passat I have had.

Will only take their FI units as this is where they have their expertise.

Oh, I believe this Renault of yours is also the same underneath as the Nissan Juke.....
Top

Oh, I believe this Renault of yours is also the same underneath as the Nissan Juke.....

No, thats the Duster if my memory serves me right.

The Captur shares the same platform, engines and mechanical of the Clio. Coupled with its raised ride height and commanding view of the road ahead, it makes for a great city SUV.

Definitely not the Renault Duster. That’s also a Dacia.

I had a Duster in for an Exhaust development the other day and everything underneath looked rather familiar.
So I went through my samples and found the Nissan NP200 exhaust system is the same.

These okes badging one another cars save me quite sunstantial R & D costs.

This kind of thing exists all over. I come across it all the time while developing systems on these cars.

Toyota Aygo, Citroen C1 and Peugeot 106, all also the same car and not actually made by any of these brands themselves.

The previous Ford ranger was a pure Mazda B series, badged Ford, but yet everyone wanted the Ford and didn’t buy the Mazda BT-50? Shows you the effect of branding / marketing.

Daihatsu pulled out of the country last year now becoming a defunct brand in SA. The cars themselves are still being sold here, they’ve just had the Daihatsu badge swapped with a Toyota. The Daihatsu Terios is now a Toyota Rush.

Then some will tell you the Daihatsu is shit but the Toyota is brilliant, but actually they exactly the same.

This kind of thing is even more existent in all kinds of other industries. You are purchasing a brand name, not so much based on the product manufactured.

I myself manufacture several different brands. Most are all exactly the same, (but a customer will argue one is better than the other

). Also, I can make a different budget product for other brands because they want cheap, so they will get cheap, so you can’t assume either that because 2 brands come out of the same factory they will be the same.....
Top

Before going on my own, I was the designer and R & D Director of the larges small appliances manufacturer in the country.

We had 8 brands coming off the same production lines, but I have to confess, there where differences in quality.

We brought out a new product under our Econo range brand, tested the market, noted the complaints and defects,

which we then re engineered with higher grade raw materiel, and better designed components, then rebranded it into our Higher class brands.

But in the motor industry, the high end brand comes out of the same factory as the low end brand without any changes,

and commands a price sometimes double the cheap one.

But this gives me satisfaction that the "Jones's "will pay for crap just to be seen to be posh, not knowing the wish are laughing their heads off at this stupidity.

I was in Japan a few years ago and went to some car museum/exhibition centre in Tokyo. There I saw Daihatsu under the banner of Toyota.

Also saw the Duster in Europe with the Dacia badge on it.

But it seems to be the same with food....many brands coming out of the same factories.

On a related note....was watching some series about what products etc. different countries make i.e. what they can brag about. IIRC in Austria there is a company that assembles all different brands and models of cars on the same assembly line.
Top
Post Reply
19 posts