Thank you for the explanation and insight fig

retrovan wrote:You just answered your own question, I do not believe that there is a price limit, but the car market does.
I will pay for a beetle what i believe its worth, not what the market dictates, but do not blame me for the Gumtree selling price, just have a look at this forum, See how "Fast" the beetles of good condition are selling, that is my point.
That Beetle is Nice, Is it for me,,... No, .. but it may be just the ticket for someone, and that person may pay R60K for it, who knows.......

Good luck with the sale.

My point that you are missing is my assertion that you are making a post 60s Beetle seem somehow more inferior or less desirable than pre 60's Beetles.

Im not too sure if your bias stems from the fact that you now own your dream '52 crotch cooler Beetle?

Many people would find their post 60s Beetle more desirable that a '52 as an example. Why ? Because that is what they could find, could afford, and feel comfortable driving everyday as opposed to storing a 'more desirable" Beetle away from prying eyes, having a helluva monthly insurance premium and not driving it daily, as they were originally meant to be. The peoples car, whether it was a Split, Oval or Post 60's Beetle, was always just that, the Peoples car...A split window Beetle was not as desirable or sought after in the early 40s or 50s. They were just a cheap way of commuting for a family of 5, capable of doing 60mph.

The car market, agreed, does determine a vehicles selling price, but is it up to you or me to say that this vehicle is over priced just because it not as desirable to you or me? Why not let the car market decide what it will sell for instead of being negative about somebody else's sale.

This is a pet peeve of mine... unless somebody is being ripped off, we should keep our negative thoughts to ourselves and allow the market to buy it or not... Remember after all, we are all part of the market you refer to, and if we do not intend buying this beetle we should respect the fact that it at least was well looked after and being passed on to another custodian, who will hopefully keep it as good for another 50 years....

These users thanked the author Muderick for the post (total 3):
Pine • retrovan • 73type2 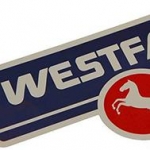 I also think this vehicle is worth R45k any day of the week.

I have seen beetles in worse condition SELLING for a similar price.

The new owner will be happy.

These users thanked the author RikusVisser for the post (total 2):
Pine • Muderick

Hi Muds,
Maybe I am writhing in Chinese, I do not feel that more modern Beetles are less desirable then others, and never put words in my mouth, as I do not feel superior because I have a 52, I am pleased with my self that I have a Car that is as old as I am, it is my fathers fault that I was born in 1952, not this poor guy that's trying to sell his Beetle. If I was born in the year 2020, I would still have to wait for my car to be made, and it sure will not be a VW Beetle Aircooled,..........

So the point I was making, with out inferring anything, that you may have grasped out the air, was that the later the Beetle the less desirable it will be to the collector, and the non collector, still thinks the Beetle is junk.
The market will not rocket because I say its worth a fortune.I am too humble to even think that.
But thank you for helping to bring some interest into a thread or two, always makes for interesting reading for the newbee's....

Only problem is the ad is a year old so I dont think its still for sale.
Top

I fail to understand this logic. The original sale price of a classic car is irrelevant in the determination of its current value.
Top