What is a Fleetline?

What is a Fleetline?

A lot of people in South Africa refer to any split windscreen Volkswagen bus as a Fleetline. In fact, the name Fleetline refers to a very specific split screen bus: the Brazilian split buses sold by VWSA as budget models for one year only, 1975.

Fleetlines were assembled by VWSA from Brazilian-built kits, either CKD (completely knocked down) or SKD (semi knocked down). They were built for one year only, the 1975 model year. According to the Commercial Vehicle Data Digest:
Fleetline introduced: January 1975
Total number sold in 1975: 4,957
Fleetline discontinued: March 1976

It’s unclear whether the number 4,957 is the total number of Fleetlines sold, or the total sold in 1975, in which case as many as another 1,000 could have been sold until production ended in 3/76.

Total Fleetline production of 789 has also been widely quoted, but this is an error, which I am responsible for propagating. It comes from a misprint in a particular edition of CVDD.

Fleetlines came in three flavours: panelvans, 15-window Kombis, and wide-body single-cab pick-ups. The only option was the colour. The range of colours was similar to VWSA's standard 1975 catalogue. Panels and pick-ups came in one colour, while the Kombis were two-tone -- either white roof with colour below, or white roof and top half, with colour from the top of the swage line down. They did not pick out the swooping V swage line in two-tone the way German two-tone buses did.

Fleetlines were sold in VW showrooms as budget models alongside German-built 1975 baywindows.

Spec across all three Fleetline models was purely commercial. Interiors featured brown vinyl seats and brown-painted masonite interior panels. The Kombis had perforated vinyl headliners, but that was as luxurious as they got.

Fleetlines (like all Brazilian splits) were a hodge podge of early and late split parts:
pre-55 style cargo doors, but mirror-image for RHD; 58-style engine hatch, but with pushbutton lock; early-type pull-out door handles; pre-64 corner windows on Kombis (must be the only 15-windows that aren't deluxes); small (pre-64) rear hatch, though both panels and Kombis had the bigger back window; sway bar on front axle; 12V alternator electrics; 1600 DP engine; big-nut transmission; etc, etc.

They also had a few Brazil-only quirks, like a pressed-in VW emblem on the front panel (try steal that!) and no slots in the dash for the radio speaker (just three slots each side of the radio hole).

All parts came from Brazil except window glass, which was made in SA (there were import duty rebates for local content, which was measured by weight). The instruments (speedo and fuel gauge) were also Brazilian, but made by VDO.

1976 saw VWSA replacing the Fleetline at the bottom of its bus range with the later Brazilian bay/split hybrid. The bay/splits were known simply as "1600" or "Brasilia" (as I have seen it on some aftermarket parts lists). These were assembled and sold in SA from 76-78. They were mechanically a splittie, except they had 72-78 taillights and a bay front grafted on to the splittie rear body. They had reduction gearbox transmissions, but with double-jointed axles, with universal joints instead of CVs.

Re the name Fleetline: VWSA used the name only for the 1975 Brazilian splits, not for German-built splits and not for the fugly bay/split hybrids. I have no idea why they chose that name. Fleetline has been used as a model name by Chevrolet, and also on Leyland and Daimler buses.

The VIN plate is found on the bulkhead behind the driver’s seat.

The numbers on the middle line and their pattern vary, but the last number is always 67, which has led many Fleetline owners to incorrectly assume their buses are 1967s.

I often hear that Fleetlines were more prone to rust than their German counterparts, and that some were even shipped from Brazil on top of the deck of ships?

There is a Bay/Split pickup standing at a scrapyard near De Deur, I can't recall ever seeing another one - rare?

Were there no d/c Fleetlines?
Top

I often hear that Fleetlines were more prone to rust than their German counterparts, and that some were even shipped from Brazil on top of the deck of ships?

I have also heard that Fleetline panels already had surface rust when they arrived at Uitenhage. I don't think Fleetline bodies were dipped in primer like German bodyshells. However, I don't notice my (high & dry inland) Fleetlines rusting any faster or worse than my German buses.


Pine wrote:There is a Bay/Split pickup standing at a scrapyard near De Deur, I can't recall ever seeing another one - rare?

Pick-ups were less plentiful than Kombis and panels from new. They also tended to work harder so there are comparatively fewer survivors.


Pine wrote:Were there no d/c Fleetlines? 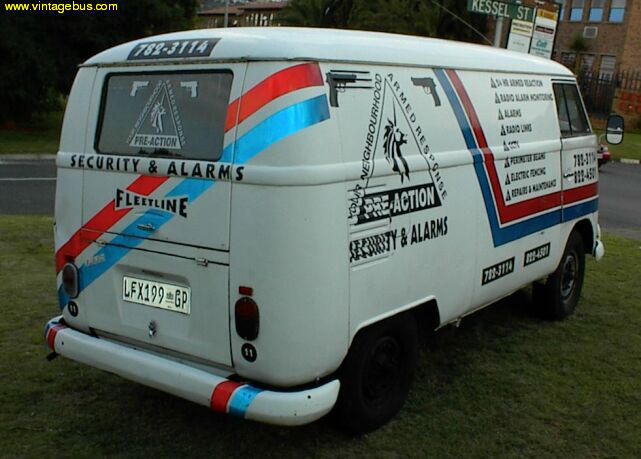 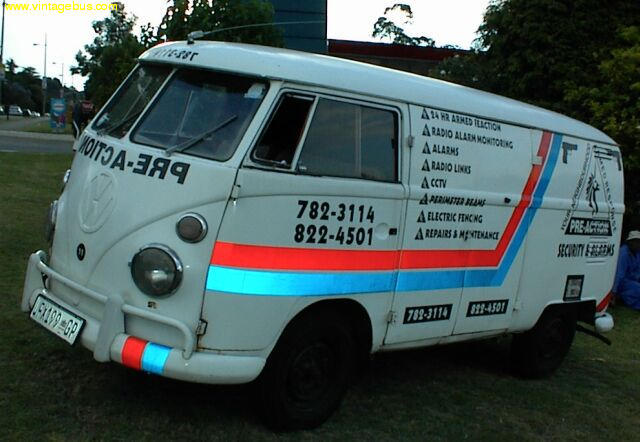 Thanks fig!Great post.
Were they also marketed as Fleetlines anywhere else (Brazil?) or only in South Africa?
Top

eben wrote:Thanks fig!Great post.
Were they also marketed as Fleetlines anywhere else (Brazil?) or only in South Africa?

AFAIK, Fleetline was a name applied to Brazilian buses only in SA. However, I notice that many in the UK and on thesamba are now (mis)using the term to describe any Brazilian split bus.
fig
Kaapse Kombi Kult

Thanks fig! I've always wanted to know the true history of the Fleetline for a while now.

Were Fleetlines also available in Orange?
If it's too low, you're too old

Blitzkrieg_Beetle wrote:Thanks fig! I've always wanted to know the true history of the Fleetline for a while now.

Were Fleetlines also available in Orange? 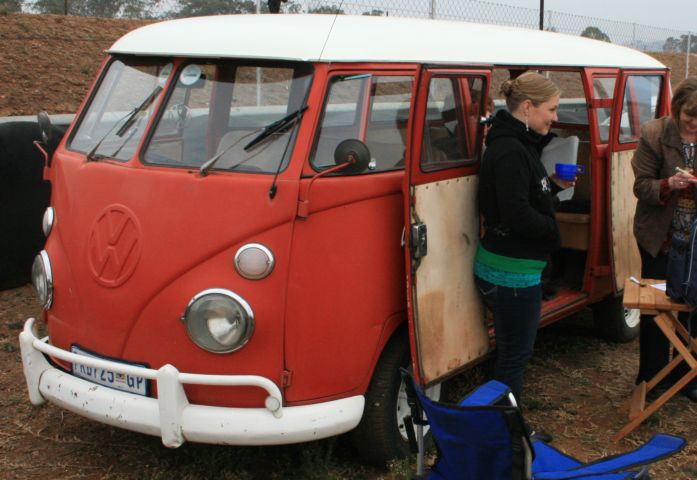 but surely the white to the beltline (right) is incorrect?
resident VW exporter
Top

but surely the white to the beltline (right) is incorrect?

No, refer to the description in my first post.

Fleetline Kombis were the only model to come in two-tone paint, always white above and colour below. Panels and pick-ups were single colour

Nice! The Orange Fleetline looks the best, the colour is very similar to the Porsche GT3 Orange

I believe that you have an Orange Fleetline, fig?
If it's too low, you're too old

Yes, that's mine in the pic, taken before it went to the body shop two years ago. It is now ready to be painted, as soon as I pay more money.
fig
Kaapse Kombi Kult

The blue Fleetline Kombi brings back memories. I attended a fairly small school and we never had a school bus - always depended upon parents to give lifts. In 1975 the headmaster made the massive investment and brought a blue/white Fleetline kombi as a school bus. He referred to it as the Bluebird. When I matriculated in 1978 the school still had it - wonder if it is still around.
Top
Post Reply
62 posts