What engin to buy for 1975 Splitty

What engin to buy for 1975 Splitty

I have started on my project and the previous guy has installed an 1800 Golf engin in the Splitty with 2 radiators at the bottom. I would have initially kept that setup but vehicle was standing for very long time and engin does not start (ring gear stripped) and pipes etc are perished. So I am thinking, instead of spending on the 1800 should I not just buy a aircooled and re-install that. If I am not mistaken, the Fleetline splits came with a 1600.

1. What engin to buy for maximum value add to the bus
2. Where can I buy it 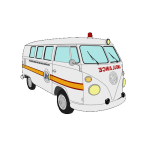 Fleetlines run 1600 TPs with heavy duty oil-based air filters. To the best of my knowledge, they were the only T1s to run 1600s.

As Merlin says, 1600 TP motor. It would be a far better idea to throw out the bastardized golf engine.

You will however have to restore all the panels and plates in your engine bay before the aircooled motor can go back in. The golf engine will have cut the engine bay quite badly. Post a pic of the current set up to assess.
Top

Think you will be paying approx. R18 k for a out of hand built up engine from a reputable seller.

But buying a engine of the internet would mean you would have to spent R18k to have it done up.

Got all my aircooled engines from him without issues and couriered them home.